Geisel Software is a custom software development company with a passion for innovation and special expertise in embedded and application software solutions. As a small business concern, we’ve completed a variety of successful projects for the U.S. government, both state and federal, including prime and subcontract work. Clients include the Department of Veterans Affairs and the U.S. Army, and we are actively engaged on an STTR with NASA. Our highly skilled team designs, develops and deploys groundbreaking software solutions that incorporate the most stringent security protocols into every aspect of the software development lifecycle.

We are committed to helping the federal government, including the Department of Defense, improve their supplier diversity. We attend NASA’s HBCU/MSI events and are working in close collaboration with multiple HBCUs and MSIs, helping them increase their contracts and interaction with industry and small business. We are also working directly with NASA to help facilitate a more diverse intern group to help young people in disadvantaged areas. Geisel Software's Worcester, Massachusetts headquarters is located in a HUBZone.

We have mastered powerful, innovative technologies that allow us to solve even the most complex software challenges: 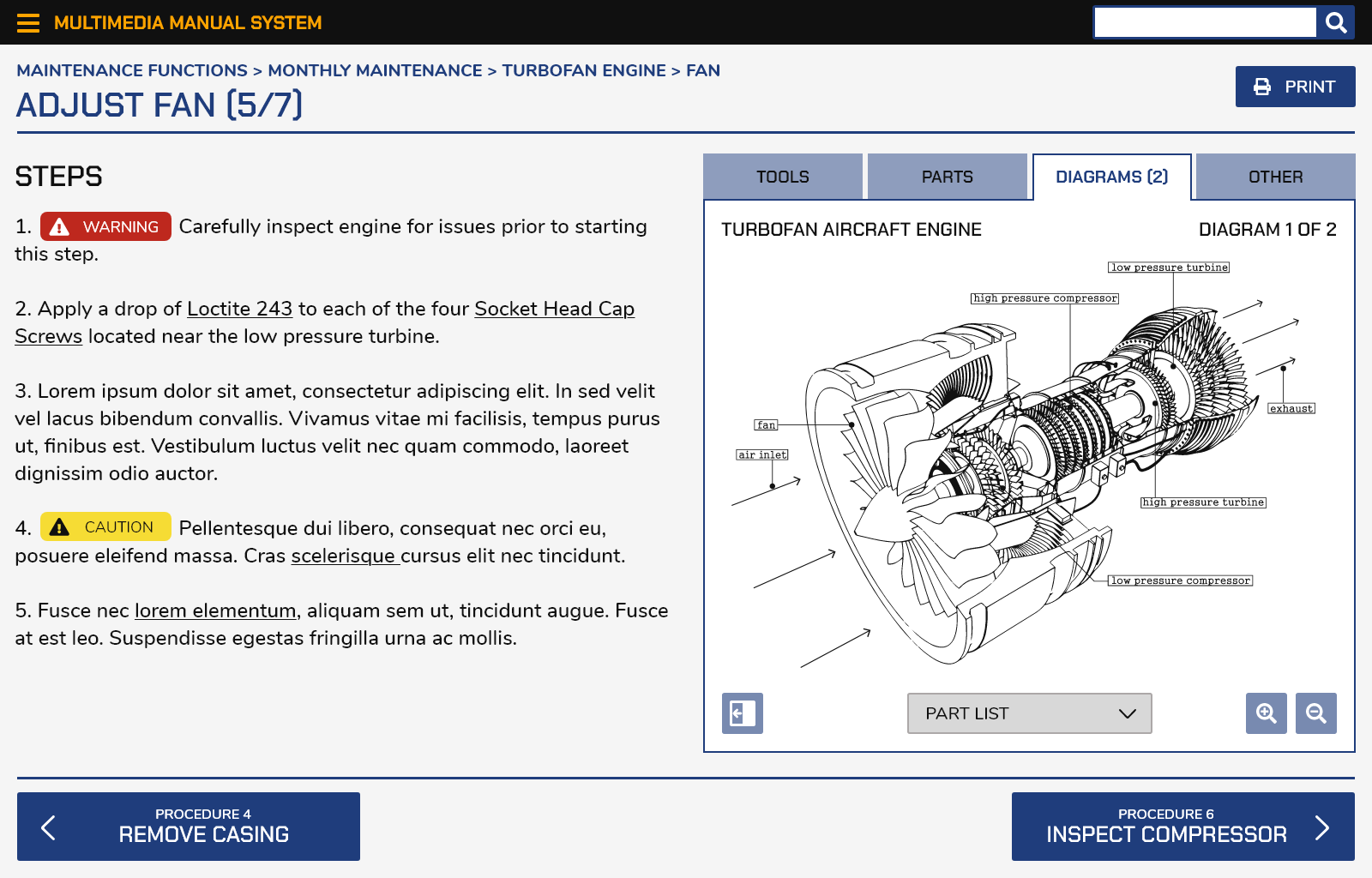 Geisel Software developed an interactive web-based multimedia manual system designed to improve the end user experience and efficacy of the content over a traditional page-based manual. A custom data schema allows encoding of technical manual (TM) content in a way that can be easily validated and encourages heavy reuse of content, thereby eliminating duplication, simplifying long-term maintenance, and reducing costs. The application is built on a modern JavaScript application framework, easing the adoption of development practices like TDD and CI/CD. Custom scripted automation aids TM content creation, maintenance, and deliverable production. The software seeks to generalize the solution of TM production for use by end users of the MTRS system across four U.S. Military branches, as well as future users of other robotics systems implementing the manual framework. 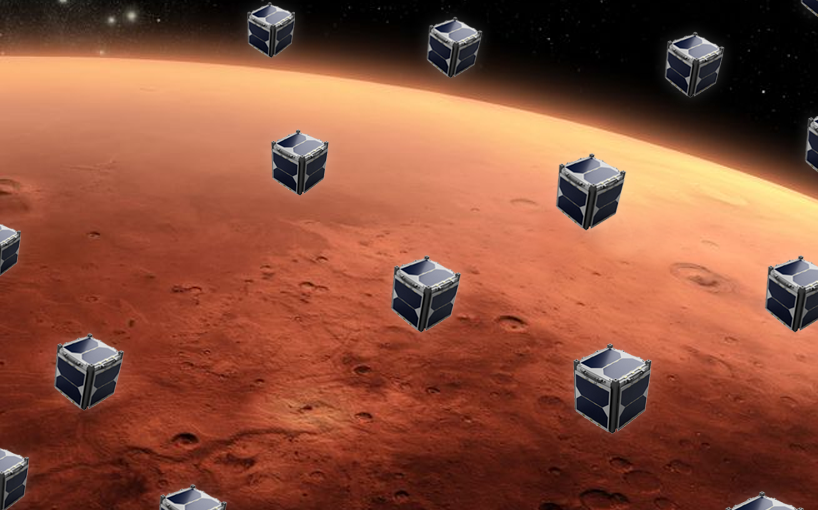 In collaboration with the University of Nevada, Las Vegas, Geisel Software has amazing new breakthroughs in swarming technology. These applications apply to not only ground and aerial systems, but can be applied to satellites, fixed point stations and other systems. Together, they provide their own sort of mapping and localization system that is similar to GPS, but not dependent upon it (i.e. could be used on other planetary bodies). With Geisel's unified dashboard technology, these applications allow for autonomous and human-directed tasks of a much larger scale. 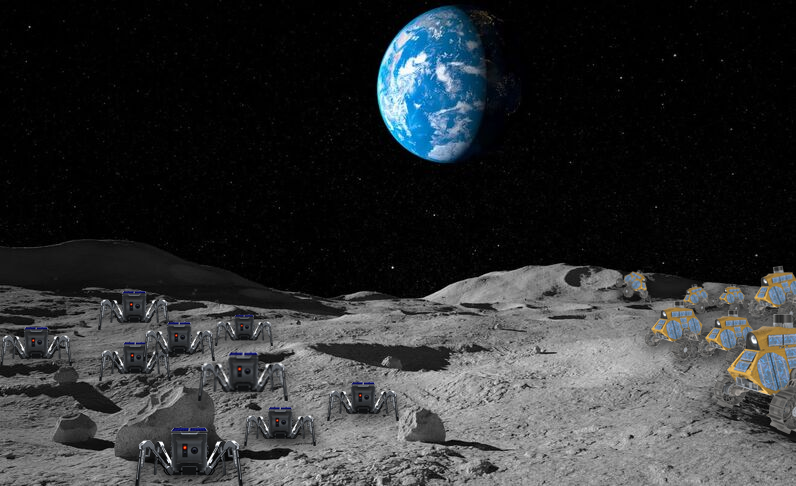 Geisel Software is working with Arizona State University to develop technologies that enable cooperative operation of swarms of space vehicles in lunar and planetary exploration missions. We are developing algorithms that will observe and estimate the actions and intentions of other agents in a multiagent system. The project involves designing algorithms for set-based and probabilistic behavior and intent estimation/prediction algorithms, as well as intent-expressive/legible motion planning algorithms. We’re also enhancing our realistic simulation platform to mimic rover driving on moon and planetary terrains with uncertain terrain parameters to test various swarm cardinalities in an unknown, dynamic environment. 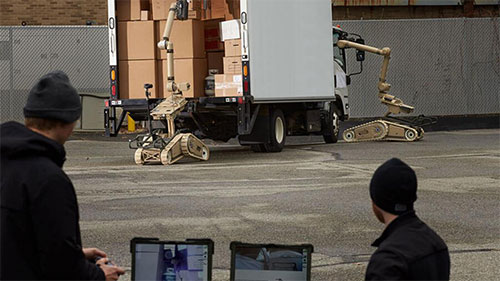 Geisel Software was hired to expeditiously develop an operator control user interface (UI) for FLIR’s lifesaving, bomb-defusing robots. It features a universal controller that allows operators to view and control other UGVs, as well as unmanned aircraft, for improved battlefield awareness. It was a large-scale, complex project with a compressed six-month timeline and mission-critical deadline. The easy-to-use touchscreen has picture-in-picture video streaming and offers multiple camera angles, manual joystick and touch screen integration, plus preset poses to rapidly position the robot. Our software development, architecture, project management, UI/UX, JavaScript and SQA skills, combined with their expertise in web applications, robotics and security, helped FLIR to complete the project on time and within budget. Read the case study… 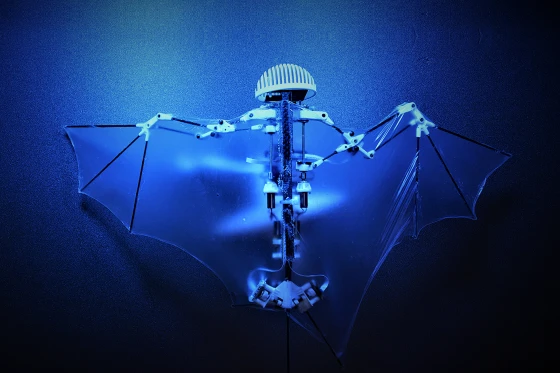 Geisel Software is working in partnership with Northeastern University on the design, flight control, and autonomous navigation of bioinspired bat robots that can operate in sewers by mimicking bat aerial locomotion principles in caves. There is an increased demand for fast, continuous environmental surveillance in city sewers. However, sewer networks present a veritable maze of pipes, chambers, and utility holes that pose tremendous challenges for robot locomotion control and navigation. The research team will design drones with dynamically versatile body conformations and significant computational complexity to prevent the creation of powerful air jets; design an integrated model-based and data-driven flight control framework that captures not only the model uncertainty but also the environmental aerodynamic effects related to flight in tunnels; and develop a novel navigation framework that relies on high-level abstract guidance extracted from sewer schematic diagrams, enabling robust navigation in unmapped environments. 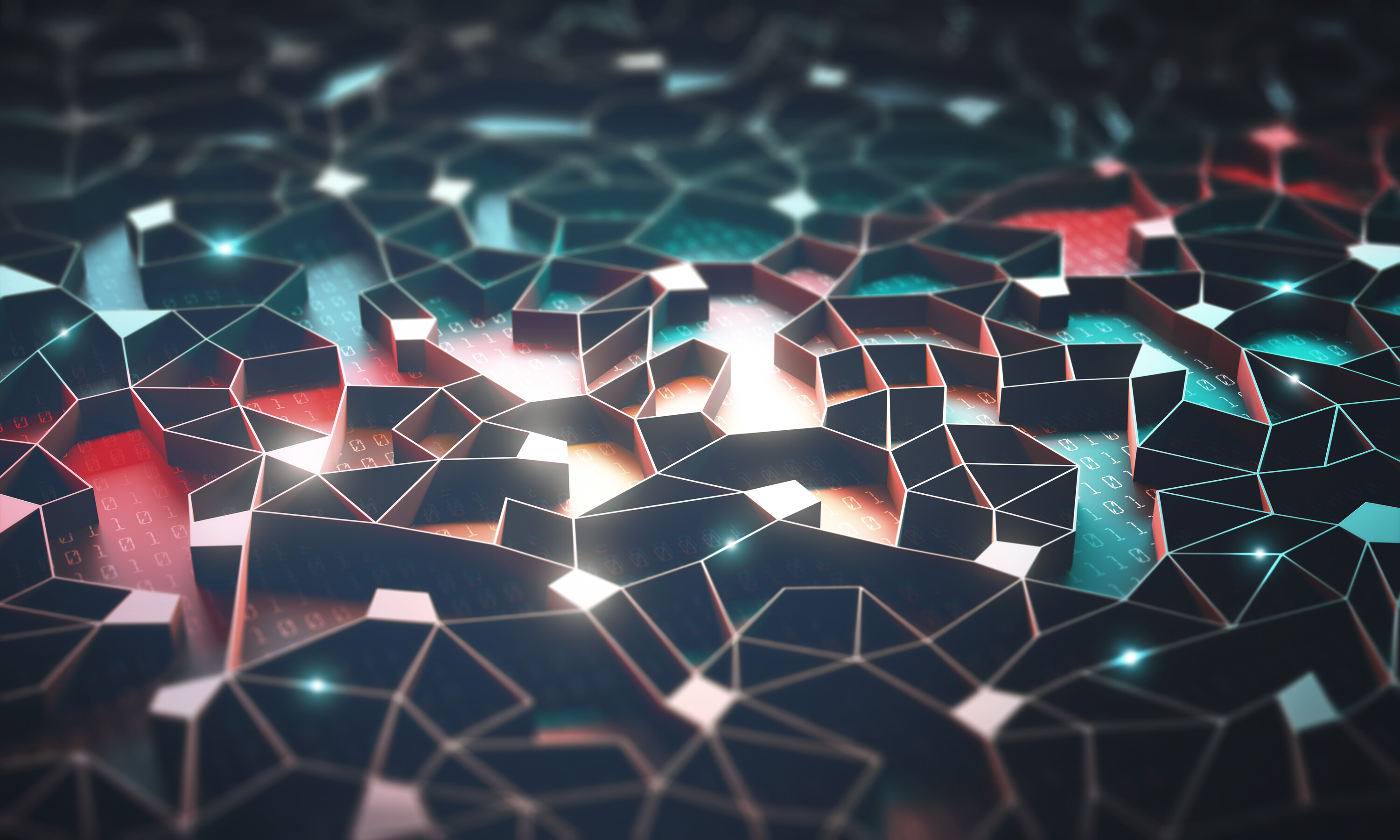 State of the art neural networks have been able to surpass human players in competitive video games on a time span of around 35 minutes, but suffer from catastrophic forgetting when brought to the long timescales necessary for real-world applications. By creating a format to simplify, store, and recall historic data, Geisel Software is developing a system whereby agents can retrace their steps, to layer long term broad strategies with optimal moment-to-moment gameplay techniques, and to build a framework by which agents can interact with each other. 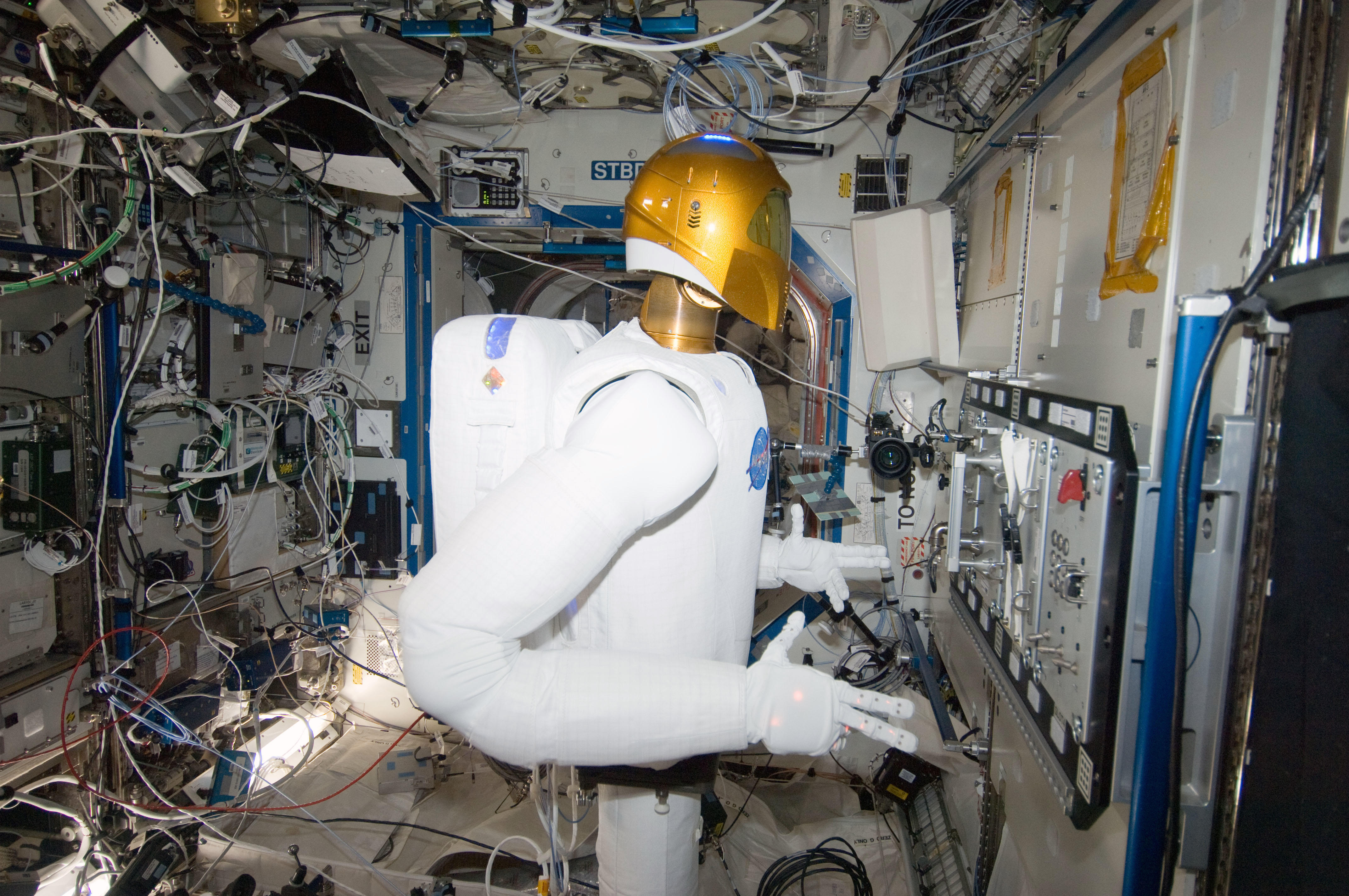 Intra-Vehicular Activity (IVA) robots can perform a wide variety of tasks including systems inspection and monitoring, diagnostics and repair, logistics and consumables stowage, exploration capability testing, science measurements and more.  A key aspect of realizing their potential is having operational subsystems that enable effective human-robot teaming. Geisel Software is working on a single unified dashboard that interfaces with all connected autonomous robotics systems, payloads, and core systems, which flexibly discovers the capabilities of those connected systems, and adaptively renders the appropriate controls. A unifying interoperability protocol allows compliant robotics system from any manufacturer to be controlled seamlessly by the dashboard. 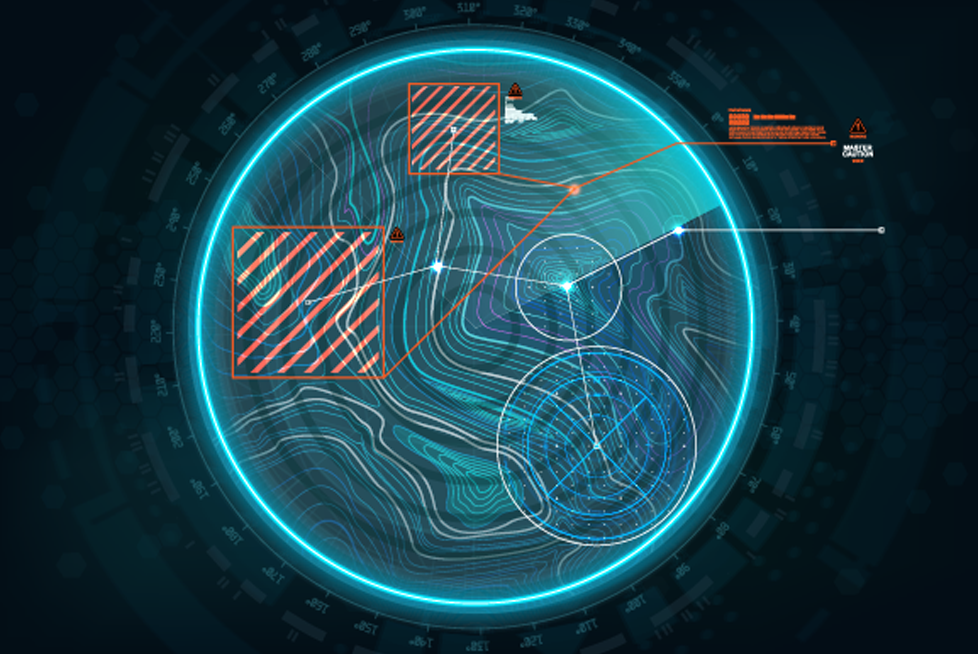 Geisel Software is developing a solution that will compare UUT radar returns with known topographical data as part of a block upgrade cycle on aircraft. Relying on state-of-the-art technology to independently verify and validate radar data and using the power of a modern 3D game engine, the solution will deliver high-quality visual feedback to aircrew and flight test engineers during the IV&V of block upgrades. 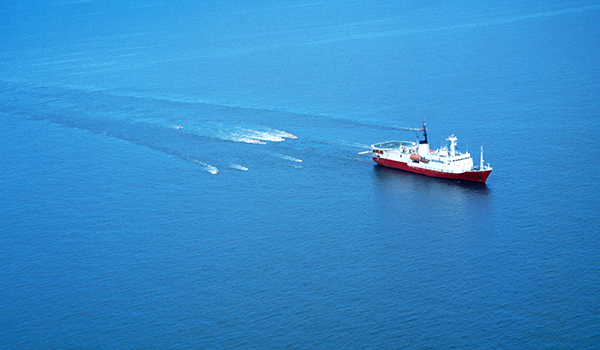 There are environmental uncertainties inherent in the towed array measurement process. Geisel Software is developing a solution to improve estimates of the sensor positions in a towed array. The process for achieving this improvement consists of modeling all the dynamic processes that cause the location of the acoustic sensors to change, including the motion of the towboat, the dynamics of the cabling and the sea itself. The simulation models are then integrated to create an Extended Kalman filter that more accurately estimates the positions of each of the microphones in the array. 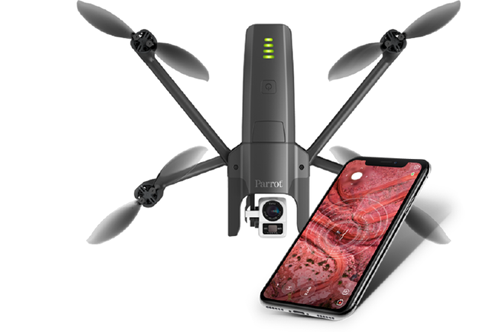 SOS Live is an enterprise-grade, edge cloud solution that connects and automates mission-critical equipment to provide rapid, real-time situational awareness to first responders. The virtual command platform integrates UAVs, cameras, sensors, and mobile devices. An AI-based application preemptively detects threats and equips responders with mission-critical information. Geisel Software was hired to create a first-of-its kind compact UAS proof-of-concept for police/fire department response in a large county in CA. We performed: requirements, architecture, software development, integration, demonstration. An iPad app user provided a target location, which directed the UAV to fly to the target, circle, stream video to the iPad app and remote browsers, and return to launch point. Communication was via WiFi and processing was performed on an on-site laptop.

Some of Our Satisfied Clients

Expertise working with Medical standard and Government procedures such as ITAR, HIPAA, ISO 13485, FAR, DFARS and others.

Over 20 years of experience across government, robotics, medical devices, embedded, and application development.

We can quickly allocate up to 15 full-time, U.S. citizen engineers.

We hire only the top 1% of developers - over 100 applicants screened for every 1 engineer hired.